"The abuse of greatness is when it disjoins remorse from power." - William Shakespeare 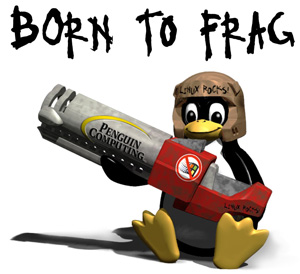 Those were the days my friend, we thought they'd never end. The days where you opened your multiplayer game, opened the server browser, ordered the servers by their latency, added some more filters like preferred map, players, and so on to your liking and finally selected the server you wanted to join. Back then people still knew what latency or ping meant. Back then game servers were running on dedicated machines which had more bandwidth and resources available than usual personal computers. When a server started lagging and your ping got too high, you simply looked for a server you had a better connection to.

Those were the days on the good old personal computer. Today unfortunately video gaming consoles took a major place in video gaming and with them came the average dumbed down casual gamers who simply want to play with the push of a button.

Ping? You mean those fancy colored bars which go green, yellow and red according to my connection? Oh yes, yes. I know those from my phone, too. It's like the reception to the server, right?

Dedicated servers you say? I don't know, I simply press "join match" or "start match" and that's it. But I prefer games where that function is combined by one button, sometimes called "instant play" or also "inb4 ragequit".

But even when games actually do get dedicated servers, often they're only released for Windows. Now you might be saying "Linux is not meant for gaming anyhow, right?". Well, even though most major video games don't run on Linux as a client, the majority of people are running Linux dedicated servers and not Windows dedicated servers for games. And no, I'm not going to back that with some fancy statistics now but simply state my own experience there. Just think about it for a second, it makes perfect sense. What kind of server administrator needs some freaking graphical user interface (GUI) on their server? And Windows always comes with a GUI, that's why it's called Windows after all (duh). It's a waste of resources that could be used otherwise. Not to mention the overall system stability, licensing costs (none vs. too much) and open source vs. closed source.

So thanks to video gaming consoles we either get no dedicated gaming servers at all or crippled ones. Let's see what games are made for the average dumbed down casual gamer:

Call of Duty: Modern Warfare 2 - No dedicated servers available at all

"If players want to run a dedicated Ranked or Unranked server on the PC, they will have to rent one through GameServers" - Josh Olin

"DICE will have trusted partners with datacenters worldwide that you'll be able to rent a dedicated server from [...]" - Battlefield Blog post

And now some games where developers and publishers don't care about Linux dedicated servers:

And many more... It's saddening to see how the video gaming world is dumbing down and how publishers and developers don't think it's very important to have Linux dedicated server support or dedicated server support at all. Look at those games and their number of active players. Look at those games and ask the number of active players how they're fed up by simple matchmaking functions that don't work very well. They'll probably tell you that they often ragequit because they ended up on a server somewhere far, far away with a latency beyond anything that could still be considered enjoyable.

Why is that happening? Why do companies treat their customers like they're complete idiots? Why do we have to dumb everything down? We don't need some fancy colored bars where we had our latency shown as a number before. Going from a number to a colored bar is a reduction in information which we used to have before. How come private individuals can't host dedicated gaming servers anymore? Why would that even be limited to certain "trusted partners"? Is some cash flowing there?

The first thing I do when I want to buy a new multiplayer game is to check whether Linux dedicated servers are supported. That's because I always like to host my own server. I know the setup of that server, I know when it's reachable and I can always enjoy playing on it when I want. So to me, when a multiplayer game does not support Linux dedicated servers can be a reason to not buy the game. And that means the company will have a potential customer less which equals to less money for them. Now, I'm just a single individual but I'm pretty convinced there are more people thinking just like me. (Just search for "Linux" on that page)