Home Services Downloads About
Update: The "LOLWUT" moment
Posted on 2010-11-05 by IceBear 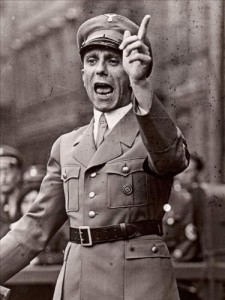 Read the original article "The "LOLWUT" moment" here if you haven't already.

"The Indian government press office is reporting that Research In Motion (RIM), the Canadian company behind the BlackBerry, has provided the government with an interim solution to enable Indian government agencies to eavesdrop on BlackBerry Messenger Service (BBM) traffic." - The H Security article

So, to avoid banning of services in certain countries, because they are actually secure in a way, they simply go ahead and hand out their decryption codes. Excuse me for the harsh language but, what the fuck? Privacy? Non-existent anymore it seems. What's making me rage the most, though, is how all these companies advertise with secure and private communication, yet they support countries in eavesdropping on their citizens.

This is just one example, there are other companies doing the same. See Deutsche Post for example.
Instead of providing security and privacy, which is what they advertise for, these companies take a dump on their customers and support retarded governments spreading terrorist and security propaganda. It's just sad.

Tagged: BlackBerry, Eavesdropping, Government, Hypocrisy, India
Permalink: https://www.myrl.net/article/170
Static article: No content updates or changes will be made to this article without a clearly visible "Update" tag. Only grammatical as well as spelling errors may be edited without any further notice.
License: Creative Commons Attribution-NonCommercial 3.0 Unported
Archived mirror, retrieved @ 2020-03-25
© myRL.net